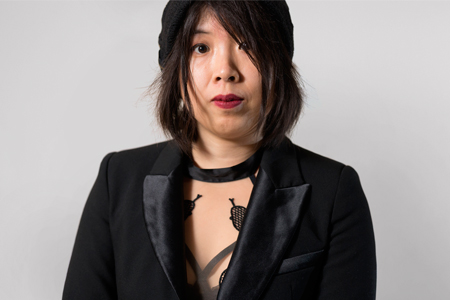 Not for the first time, I consider giving the kid a refund. I’d gotten into the detective business to escape the deepwater blues, from the songs that squirm in your veins like worms. Sure, I’d go for an easy job, sometimes, ice a monster that had gotten too big for his bed. But this?
—Cassandra Khaw, Hammers on Bone 56

H. P. Lovecraft did not invent weird fiction, in the same way Raymond Chandler didn’t invent hardboiled detective fiction. Noir and the Mythos are first cousins, descended from Edgar Allan Poe’s detective stories of C. Auguste Dupin—and over the years many writers have written weirdly consanguineous marriages in that sprawling family. Sometimes they even work out.

Cassandra Khaw is working, whether she knows it or not, in a tradition that includes C. J. Henderson’s The Tales of Inspector Legrasse (2005), James Ambuehl’s anthology Hardboiled Cthulhu (2006), and Ron Shiftlet’s Looking for Darla (2008). Graphic novels have been especially prolific of late, with entries including Weird Detective (2017) and Casefile: Arkham (2016). The stories work (when they do work) because both Mythos and noir stories are at heart mysteries; there is some hidden truth, cosmic or sordid, to be uncovered before the end. In many cases, they also share a setting in the 1920s and 30s. But the approach is distinct; hardboiled detectives are made of sterner stuff than most Lovecraftian protagonists, and the hard-drinking men and women who try to find the rotten worms of the earth at the core of a Mythos mystery usually end up regretting the experience.

Which is the case with Khaw’s novella Hammers on Bone.

John Persons, P.I., is an anachronism. Prowling the streets of modern-day London, he talks like a character out of a Mickey Spillane novel. A creature out of time in more sense than one, he lives the gumshoe role in a case that combines the tragic realities of domestic violence and economic hardship on the one hand, and body horror and eldritch experiences on the other. If you don’t think about the details; it works fine: Khaw has a great sense for her characters, and Persons’ personality and penchant for hardboiled slang carry the narrative along nicely.

The plot itself? A jigsaw puzzle with a few pieces deliberately missing. Khaw doesn’t set up any particular rules for her universe, at least not on the page. Like “All This for the Greater Glory of the 7th and 329th Children of the Black Goat of the Woods” (2012) by Molly Tanzer it feels filtered through half-remembered sessions of the Call of Cthulhu Roleplaying Game. There is that assumption of familiarity with various bits and pieces of Mythos lore, but also a slapdash quality to it all. An almost cartoonish aspect where things happen because the story demands an action beat and the visuals are cool, but at the end of things there are crucial questions that remained unanswered. It isn’t a mystery where you can guess the end by page three, or page ninety-three, and when the last page of the epilogue is turned the reader may find themselves asking why Persons didn’t handle the case differently.

After all, it’s only murder.

Part of the problem is that the villain of this piece is a cipher. A domestic abuser and chav’s chav with squamous secret beneath the skin, but there are fill-in-the-blanks missing. Why does he do what he does? What is he after? Why hasn’t he done it already, if he has the power to? Unanswered questions and missing motivations. During the legwork phase of the investigation, Persons stumbles across something bigger than an alcoholic asshole who beats his not-quite-wife and spreads his eldritch infection—but the story cuts off before we get further down that particular road. Maybe in the sequel.

Hammers on Bone was published in 2016 as part of Tor’s Lovecraftian novella series. Khaw has written a sequel, A Song for Quiet (2017).