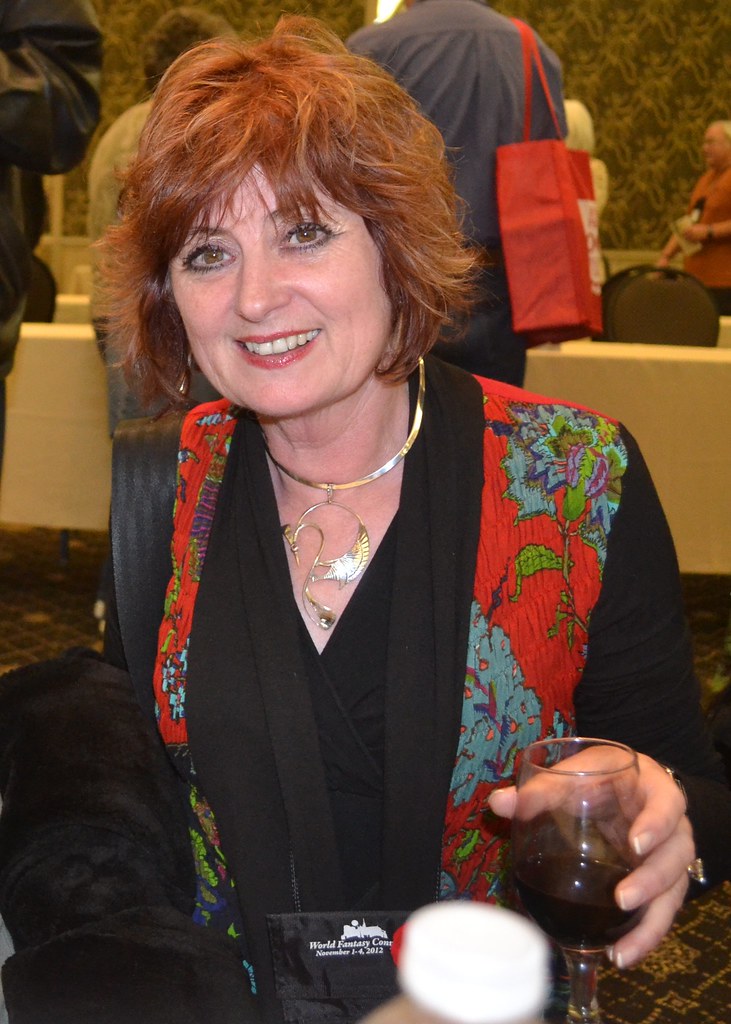 Picture Australia, with its unfamiliar names and strange, fascinating animals; the unique culture that is not British or American but parallels both in its own way. As with the United States, there is a limit to Australian history, a beginning; the cities are new places, and before the first Europeans came is a vast and sketchy pre-history belonging to the Native Australians. No Gothic castles, no crumbling Roman ruin; Lovecraft made do with standing stones and secret caverns in the United States, and in Australia, Janeen Webb’s eponymous old woman finds a cave in the swamp, with native paintings adorning its walls.

“The Lady of the Swamp” is like “Red Goat, Black Goat” (2010) by Nadia Bulkin in that it is not explicitly a story of the Mythos; there are no familiar names invoked here, only themes and tropes. It is Mythos-by-association, in that it was published in the collection Cthulhu: Deep Down Under (2015), and there are definite shades of Lovecraft twisted throughout the narrative: the dark crystal so reminiscent of the Shining Trapezohedron, yet another curious cosmic rape, impregnation, and birth like so many other Mythos tales. The tale is told through diaries, a callback to yesteryear, the determined investigator sorting through the documentary pieces of a life, trying to resolve the mystery in their own minds. Very Lovecraftian.

Yet H. P. Lovecraft knew nothing of fracking. The mundane horror of a nameless Company driving a road through a swamp, threatening the life of a poor and lonely woman living out of a broken caravan, is at best tangential to the themes he liked to employ—of people on the edge of things, where civilization ends and slick citydwellers come only rarely and without real understanding. Webb’s story is part ecopunk, part adult fears: people falling out of society, migrating to the edges, only for their solitude to be rudely interrupted. The uncaring tentacles of the Company ripping apart the fragile tissue of a life are meaner than those of Cthulhu, but only because the hands that drive the bulldozer are ultimately human.

The disconnect between the two themes, of the eldritch evil which rapes the old woman at the beginning of the story and the studied ignorance and lack of empathy of the Company men and reporters in the second half, feels like cognitive dissonance. The narrative distance between the two portions of her diary are immense; the unnatural sexual congress and birth are less intrusive than that of the callous “scientists” and reports that studiously ignore and belittle her, trespassing on her home.

It is the latter which ultimately cuts more deeply; the child of their union is, however unnatural the conception, little different from the other young creatures she has nurtured. She may have stumbled across an eldritch evil in a forgotten cave, but it did not seek her out or harass her beyond that, whereas the company is coming into her home, threatening her life.

The confrontation is easy to see looming.

And when the lady of the swamp is given the choice between the mundane horrors of “progress” and the bloody price extracted by eldritch horror of her swamp…well, it isn’t much of a choice at all, really. People fight with the weapons they have, and the lesser evil is sometimes a nameless thing of darkness. At least the eldritch evil probably won’t kill all the wombats.

“The Lady of the Swamp” first appeared in Webb’s collection Death at the Blue Elephant (2014), and was reprinted in the hardback Cthulhu: Deep Down Under (2015) and The Year’s Best Australian Fantasy and Horror 2014 (2015). The story was not republished in the paperback collection Cthulhu Deep Down Under: Volume 1 (2017), but was replaced by another of Webb’s stories, “A Pearl Beyond Price.”