Incidentally, I’ve just sold Heritage Productions THE SHUTTERED ROOM. No doubt they’ll flesh out the “romance” between Dunwich girl and Innsmouth girl to give it “body” and we’ll have a shilling shocker out of it, but I couldn’t care less, really….
—August Derleth to Ramsey Campbell, 6 Feb 1964, Letters to Arkham 170

“The Shuttered Room,” the title story for the collection The Shuttered Room and Other Pieces (1959), is arguably Derleth’s greatest work of fanfiction. While originally billed as one of Derleth’s “posthumous collaborations,” and Derleth had claimed to base it on unspecified notes by Lovecraft. In one letter, Derleth described it as:

[…] wedding of the Innsmouth and Dunwich themes, as manifestly HPL intended to do, judging by his scant notes.
—August Derleth to Felix Stefanile, August 11, 1958, MSS. Wisconsin Historical Society

Whether or not these notes actually existed is open to speculation; no surviving letters suggests Lovecraft had any intention to unite the two themes. Nevertheless, in 1958 Derleth sat down to write the story (A Look Behind the Derleth Mythos 215, 231). The result is not his best Mythos story, or even his best pastiche, but probably the best fanfiction story that Derleth would ever write, a literal union of the Whateley and Marsh family trees from “The Dunwich Horror” and “The Shadow over Innsmouth,” paying detailed homage to both.

In the 1960s, August Derleth and Arkham House began to have some success in selling the film rights to various Lovecraft & related properties, resulting in five films:

Despite the fact that every film except The Shuttered Room was distributed by American International Productions, this wasn’t an early effort at a cinematic universe or franchise along the lines of the Universal monsters. While a couple of the films shared a few elements such as the Necronomicon, each was produced separately and without any direct tie-ins to the others in the form of characters, sets, props, or storylines.

The films all received different marketing promotions and led to the creation of associate media: Die, Monster, Die! got a comic book adaptation and there was an Italian fotonovela created for Curse of the Crimson Altar, for example. In 1966, released before the film came out, The Shuttered Room received a film novelization—as a kind of Gothic romance.

The novel was written by “Julia Withers,” a pseudonym used by prolific novelist and ghostwriter Jerrold Mundis who had worked on several different screenplay novelizations in the late 1960s. It’s difficult to tell how successful the slim paperback (only 156 pages) was. It is even more difficult to tell if Mundis ever bothered to read Derleth’s original story. Probably not; there is little enough let of Derleth’s original story in the screenplay by D. B. Ledrov and Nathaniel Tanchuck. Much of the best writing in the short story is in the descriptive passages that Derleth wrote so well, and the best part of the film is the cinematography; the novel lacks both.

The Shuttered Room (novel) is a very barebones kind of contemporary thriller dressed up (at least in terms of the cover) as a kind of Gothic romance, where family secrets, an old building, and a family curse threaten a nice young couple. There is no Mythos content beyond the name of Dunwich itself—here an isolated island rather than a town. Even “Whateley” is rendered as “Whately,” and there is no reference to Innsmouth at all. What Mundis does add above and beyond what is in the film is a touch of the grotesque, some backstory that either never made it to the final film or was cut out, and one important thing…

There, squatting in the midst of the tumbled bedding from that long-abandoned bed, sat a monstrous, leathery-skinned creature that was neither frog nor man, one gorged with food, with blood still slavery from its batrachian jaws and upon its webbed fingers—a monstrous entity that had strong, powerfully long arms, grown from its bestial body like those of a frog, and tapering off into a man’s hands, save for the webbing between the fingers…
—August Derleth, “The Shuttered Room” in The Watchers Out of Time 158

Something vaguely resembling a woman crouched in that doorway. Its hair was long and matted and tangled. A tattered filthy garment hung from its twisted body. Its eyes were large and bulbous. Its nose was non-existent, only two gaping holes. A slit with jagged teeth served for a mouth. It’s skin was leathery and cracked—scale-like, actually—and it glistened with moisture.
—Julia Withers (Jerrod Mundis), The Shuttered Room 149

Imagine trying to describe a Deep One/Whateley hybrid, in a setting which has already expunged every reference to Innsmouth and to an audience that has no familiarity with “The Dunwich Horror.” The solution in Mundis’ The Shuttered Room was to describe the nameless Whately child as a monstrous freak: “stillborn…or it should have been…but it lived.”

“Ontogeny recapitulates phylogeny,” as Lovecraft would put it. The idea was that living things re-experience the stages of evolution as they grow; so that human embryos have gills…tails…which are lost as they develop. The idea that an embryo might get “stuck” at a certain stage and yet successfully be born and grow to adulthood is not unique to The Shuttered Room novel. In fact, it is strongly reminiscent of the 1953 horror film The Maze—and one has to wonder if Derleth might not have taken a bit of inspiration from this film too. Some years after Derleth wrote “The Shuttered Room,” Ramsey Campbell mentioned the film to Derleth:

There have been movies with a definite slant toward the conceptions of the Mythos, however […] there was the one starring Richard Carlson titled THE MAZE, which was about the hideous frog-creature which is kept and fed in an ancient castle, and finally turns out to be the first in a line who now live in the castle!
—Ramsey Campbell to August Derleth, 10 Aug 1961, Letters to Arkham 12-13

Did Derleth borrow from The Maze? Did Jerrold Mundis? In such a case as this, where the original work has been so translated, and so changed in the transformation from short story to screenplay to short novel, it’s difficult to say…but the various works stand as distinct iterations of a very odd cadet line of the Mythos.

The film was not so creative. Or perhaps it just wasn’t in the budget. The company forewent any supernatural or preternatural explanation; there was no monster, and almost no explanation. In that sense, at least, the novel is an improvement on the film, or at least a step closer to Derleth’s original story. The idea of a madwoman trapped in the attic is closer to Jane Eyre than Cthulhu; perhaps that’s why the marketing of The Shuttered Room (novel) bears the hallmarks of the Gothic romances of its day, rather than any effort to market it to Lovecraft fans. The novel stands as an example of how truly weird and diffuse Lovecraftian influence can get. 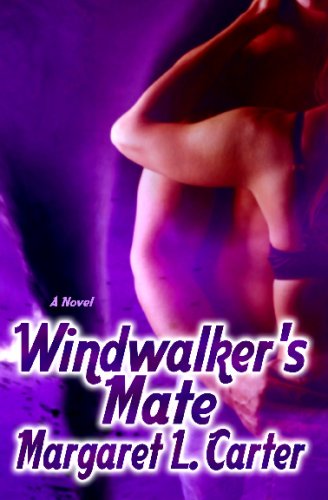 She had been chose, she said, to be sacrificed to Ithaqua, the wind-walking elemental which the Stillwater people are said to have worshipped, and she had decided that she would flee, rather than die for a pagan god, of whsoe existence even she was not too sure.
—August Derleth, “The Thing That Walked on the Wind,” Strange Tales of Mysery and Terror Jan 1933

Ithaqua is one of August Derleth’s original contributions to the Mythos; the story that introduced him is first mentioned to Lovecraft in 1930, after Wright apparently rejected it (ES1.277). The sort of chequered history has dogged the Windwalker down the decades; few writers have made much use of Derleth’s creation, although Brian Lumley has made good use of Ithaqua—and given that entity a penchant for spawning children, a la Yog-Sothoth and “The Dunwich Horror”—in works such as “Born of the Winds” (1975) and Spawn of the Winds (1978).

It is Lumley’s interpretation that almost certainly inspired M. L. Carter’s dark paranormal romance novel Windwalker’s Mate (2008), although she puts her own spin on the proceedings. Shannon is a survivor; after the Rite of Union, she left the cult that was trying to bring strange Mythos entities to overrun this world—and forty weeks later she gave birth to her son Daniel, never knowing if his father was Nathan, the son of the culture leader who had participated in the rite with her, or the Windwalker who had possessed him.

Romance may seem an odd genre for Lovecraftian fiction; Lovecraft himself saw little of it in his life and his stories focus very little on those kind of human relationships. Nor were many of Lovecraft’s followers very inclined toward such things. Yet there is a thin substratum of genuine Mythos romance, dealing with the complex tangle of human relationships in a Mythos milieu—and much more seriously than “I Wore The Brassiere Of Doom” (1986) by Sally Theobald or “Love’s Eldritch Ichor” (1990) by Esther M. Friesner. These are works that tend to get overlooked by the main audience of Mythos writers; stuff like Tide of Desire (1983) by Sheena Clayton, Arkham Dreams (2011) by Robin Wolfe, Widdershins (2013) by Jordan L. Hawk…and one might even include The Dunwich Romance (2013) by Edward Lee, although that gets a little more hardcore than the others.

There are a few steamy moments in Windwalker’s Mate. It is far from the elaborate sexual fantasies of, say, Shoggoth Butt Invasion (2016) by Jason Wayne Allen. The sex scenes serve the plot as much as the reader; Shannon is reconnecting with Nathan, worried about her kidnapped son, placing her hope that coitus will re-establish their telepathic bond (it makes sense in the context of the book)…

He deepened the kiss, drawing her back into the present. her tongue darted eagerly to meet his. His hand cupped her breast through the T-shirt and thin bra. The tingling in the nipple zapped to the pit of her stomach and the V between her legs. The explosion of colors crashed over her again.

Then she saw stars falling like snowflakes and the sky behind them splitting open.
—Margaret L. Carter, Windwalker’s Mate 105

…yet the emotional core of the novel is very serious. Shannon is trying to save her son; she’s a lonely single mother, the cops are useless, and the former cult leader is trying to use Daniel to summon Ithaqua and the Ancient Ones into the world…there is a great deal of drama, both of the mind-numbingly mundane and weird kind.

It works. Opinions will vary on the approach, but M. L. Carter succeeds at what she set out to do: write a paranormal romance with the Mythos as a setting. If Chaosium ever published a sequel to The Ithaqua Cycle (1998/2006), this would not be out of place. The basic premise is much like the question of what happens after Rosemary’s Baby? only with Rosemary having the hard practicality to not stay with the Satanic cult because she had a baby to think of now. Daniel might well be the spawn of the Windwalker, but he isn’t a Wilbur Whateley-esque monster…not yet, anyway.