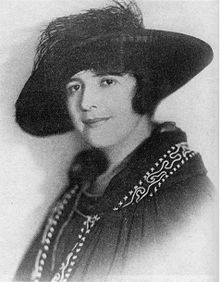 While visiting Magnolia, that beautiful, exclusive summer resort on the north shoe of Massachusetts, we often walked to Gloucester, which was a distance of about four miles. On our way we passed a beautiful esplanade. One evening while walking along this esplanade, the full moon reflecting its light in the water, a peculiar and unusual noise heard at a distance as of a loud snorting and grunting, the shimmering light forming a moon-path on the water, the round tops of the submerged piles in the water exposed a rope connecting them like a huge spider’s guy-line, gave the vivid imagination full play for an interesting weird tale. “Oh, Howard,” I exclaimed, “here you have the setting for a real strange and mysterious story.” Said he, “Go ahead, and write it.” “Oh, no, I couldn’t do it justice,” I answered. “Try it. Tell me what the scene pictures to your imagination.” And as we walked along we neared the edge of the water. Here I described my interpretation of the scene and the noises. His encouragement was so enthusiastic and sincere that when we parted for the night, I sat up and wrote the general outline which he later revised and edited. His continued enthusiasm the next day was so genuine and sincere that in appreciation I surprised and shocked him right then and there by kissing him. He was so flustered that he blushed, then he turned pale. When I chaffed him about it he said he had not been kissed since he was a very small child and that he was never kissed by any woman, not even by his mother or aunts, since he grew to manhood, and that he would probably never be kissed again. (But I fooled him.)
—Sonia H. Davis, The Private Life of H. P. Lovecraft 19

Born Sonia Haft Shafirkin to a Jewish family in the Russian Empire (modern Ukraine), by the time that Lovecraft and Sonia met she had been living in the United States some 20 years, had married and outlived her first husband (Samuel Greene), and had an adult daughter (Carol Weld) from that union. Sonia was a successful, highly-paid milliner in New York City, and had gotten involved in amateur journalism. Lovecraft met her at an amateur press convention in 1921, shortly after the death of Lovecraft’s mother, and the two began a correspondence which turned into a rather surprising courtship-in-letters. They would marry quickly and unexpected in 1924…but before that, they wrote this tale together.

There is no reason to doubt Sonia’s own account of the story’s genesis, and this makes it difficult to distinguish her prose from Lovecraft’s. The issue is exacerbated because little of Sonia’s own work has been published—her other two known fictional efforts, “Four O’Clock” and the play Alcestis both show evidence of being “touched up” by Lovecraft.  Joshi in volume 4 of the variorum edition of the collected fiction of H. P. Lovecraft notes: “One supposes that Lovecraft retained a certain amount of prose by Greene.” Her image of the moon-path in particular is a recurring motif:

It was in the twilight, when grey sea-birds hovered low near the shore and a rising moon began to make a glittering path across the waters. The scene is important to remember, for every impression counts. On the beach were several strollers and a few late bathers; stragglers from the distant cottage colony that rose modestly on a green hill to the north, or from the adjacent cliff-perched Inn whose imposing towers proclaimed its allegiance to wealth and grandeur. […]

Minutes seemed lengthened into hours, and still that human snake of swaying torsos was seen above the fast rising tide. rhythmically it undulated; slowly, horribly, with the seal of doom upon it. thicker clouds now passed over the ascending moon, and the glittering path on the waters faded nearly out. […]

There was no line of bobbing heads now. The waters were calm and deserted, and broken only by the fading ripples of what seemed to be a whirlpool far out in the path of the moonlight whence the strange cry had first come. But as I looked along that treacherous lane of silvery sheen, with fancy fevered and senses overwrought, there trickled upon my ears from some abysmal sunken waste the faint and sinister echoes of a laugh.
—Greene & Lovecraft, “The Horror at Martin’s Beach”

It is an atypical tale by Lovecraft’s standards, much like his earlier collaborations “Poetry and the Gods” (1920) with Anna Helen Crofts and “The Crawling Chaos” (1921) with Winifred Virginia Jackson. Like those stories, it is not a Mythos tale per se, although it seems likely that Lovecraft is behind the name of “Capt. Orne,” which is the name of one of the families he would later associate with Innsmouth. It has more plot than those dream-tales. The mocking laughter at the end and the strange inevitability of the victims’ doom is closer to a conte cruel than Lovecraft’s other efforts…but the real difference between this collaboration and previous efforts is its fate.

The story was written in 1922, during or shortly after the Magnolia visit (26 June – 5 July); and Lovecraft wrote on 11 Sep 1922 that at a party attended by several amateur journalism folk:

I read my “Doom that Came to Sarnath” & “The Tree”, Belknap read his “Eye Above the Mantel”, Mrs. Greene read her “Four o’Clock” & one of the other Magnolia horror-tales not yet revised […]
—Lovecraft to Anne Gamwell, 9-11 Sep 1922, Letters from New York 21

At this point, Sonia appears to have titled the story “The Nameless Monster” (Selected Letters 1.303). However, in March 1923 a new pulp appeared on the stands: Weird Tales. Lovecraft successfully submitted several stories to this magazine—including “The Nameless Monster,” which he had re=titled as “The Horror at Martin’s Beach.” To Lovecraft’s chagrin, the editor re-titled the piece again, and it appeared as “The Invisible Monster” by Sonia H. Greene in the November 1923 issue. This was, then, Lovecraft’s first commercial collaboration, and Sonia’s only known professional publication during Lovecraft’s lifetime.

This is one of the stories that marked the transition from Lovecraft as an amateur to a professional writer—and perhaps it is notable that it was Sonia who partnered with him in that, as she did later in their brief marriage. She was in many ways the catalyst for bringing Lovecraft to New York, which while painful for the man from Providence also led to much personal growth.

Bobby Derie is the author of Weird Talers: Essays on Robert E. Howard & Others and Sex and the Cthulhu Mythos (2014).