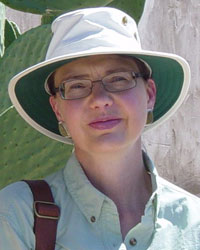 Of one thing I am really glad, and that is that I could not then identify the squatting octopus-headed thing which dominated most of the ornate cartouches, and which the manuscript called “Tulu”. Recently I have associated it, and the legends in the manuscript connected with it, with some new-found folklore of monstrous and unmentioned Cthulhu, a horror which seeped down from the stars while the young earth was still half-formed; and had I known of the connexion then, I could not have stayed in the same room with the thing.
—H. P. Lovecraft & Zealia Bishop, “The Mound”

In “Winged Death” it is Clulu; in “Medusa’s Coil” it is “Marse Clooloo”; in “The Electric Executioner” it is “Cthulhutl”—and in “The Mound” it is “Tulu.” Different names for the same concept, the same entity. Variations on a theme. One of humanity’s great gifts is pattern recognition, and one of Lovecraft’s great insights in writing those first Mythos stories was to recognize the tendency of weird fiction fans to correlate the contents. This was part of the game that Lovecraft played with his readers: giving them the pieces of the puzzle and letting them put it together.

Despite the variations on the same name, Lovecraft never wrote a full comparison of how different cultures perceived Cthulhu. The names alone suggest a signal-to-noise ratio; the oral tradition like a long game of telephone down the ages, bits of lore garbled, misunderstood, mistranslated, subject to reinterpretation. However, they also represent possibility. Maybe there isn’t just one canon, one truth. Maybe there are a lot of different ways to look at Cthulhu…and absent the original article, who is to say which is more correct than any other?

“The Tulu Jar” by Ann K. Schwader plays on misunderstandings & mistranslations. The audience knows who or what Tulu is, and thus has a bit more of an inkling of what is going on than the characters in the story. The narrative itself is fairly straightforward, the effectiveness is measured in how the revelations build and develop. There are things the reader never finds out, mysteries that are not explained—because they don’t need to be.

The name is the only thing that connects “The Tulu Jar” to “The Mound,” the only tie between Schwader’s story and Yig Country. In all other respects, “The Tulu Jar” could just as easily have been “The Cthulhu Jar” and stood next to works like “Something in Wood” (1948) by August Derleth, or as an appendix to Lin Carter’s Xothic Legend Cycle. One more horror in clay, one more work of Mythos artwork to sit alongside the masterpieces of Pickmans and Wilcoxes.

In part perhaps because it implies mistranslation, incompleteness, something different. Cthulhu makes no appearance in the story; Miskatonic University and Arkham are mentioned but far-off, and no one consults the Necronomicon. Using “Tulu” instead of “Cthulhu” tells the reader that those involved do not know what they’re dealing with. Quite literally dabbling with forces they don’t understand…and that works, in the context of the story.

Speaking of which…there is an anecdote about this story that bears repeating:

By the way, there really is a Tulu jar! Ann and her husband bought an art object at a Denver scifi con entitled Cthulhu Scroll Case. They bought it before the actual art sale, but then the lid was vandalized while the piece was still on display. She tells me that the artist offered to make it right by making another lid, which he subsequently did, but Ann was understandably upset nonetheless. As she put it, “a little literary justice seemed in order”, and the result was this story. The sculpture still holds a place of honor on a shelf in her office. Ann describes it as “wonderfully nasty-looking”, but in reality it looks nothing like the jar in the story.
—Kevin O’Brien, Strange Stars & Alien Shadows 1