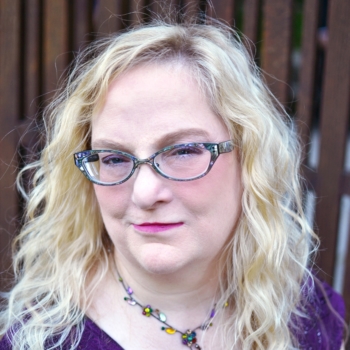 […] his Secret Seed, Cthylla, in whose darkling womb he planned to rise up again one day reborn, had been threatened.
– Brian Lumley, The Transition of Titus Crow (1975)

As with “I Had Vacantly Crumpled It into My Pocket . . . But By God, Eliot, It Was a Photograph from Life!” by Joanna Russ, the title of Tina L. Jens’ piece is a signal about the nature of the work, a reference for readers as to the nature of the piece. A fitting homage to the works of Brian Lumley, given that her novelette was published for the first and only time in Singers of Strange Songs: A Celebration of Brian Lumley (1997). The reason why it has languished mostly forgotten does not reflect on the individual merits of Jens as a writer or of her novelette as a work of fiction, but the nature of the Cthulhu Mythos itself.

There is no canon to the Cthulhu Mythos. Lovecraft and his contemporaries wrote their stories independently, none absolutely behooved to the other to keep their shared mythology consistent—although they played and collaborated: Lovecraft (with the aid and argument of August Derleth, E. Hoffmann Price, Farnsworth Wright, and C. C. Senf) derived a German name for Robert E. Howard’s Black Book, and so we have the Unaussprechlichen Kulten. Clark Ashton Smith offered some clarifications on the genealogy of his alien entities to young fan R. H. Barlow, and so we have the family tree of the gods. 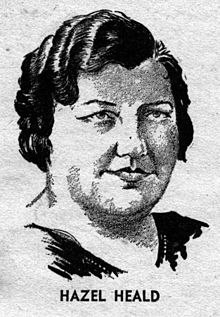 Genealogy is a fine tradition in the Mythos: it establishes relationships and offers infinite room for expansions, amendments, and additions. Most writers default to Lovecraft’s fiction as “canon,” and so build off of the material in his stories in preference to anything else. Lovecraft, in ghost-writing for Hazel Heald in “Out of the Aeons” (WT Apr 1935) created Ghatanothoa. Lin Carter in “Out of the Ages” (1975) made Ghatanothoa the son of Cthulhu, and gave him two brothers: Ythogtha and Zoth-Ommog. Brian Lumley, in turn building off Carter,  introduced Cthylla in his novel The Transition of Titus Crow (1975).

Fewer writers build off the works of later Mythos writers. Aside from possible issues of copyright, the mythology gets convoluted and contradictory, and the quality of the writing and approach to the material varies greatly. Yet many of the concepts created by writers are more enduring than the fiction; Frank Belknap Long’s Chaugnr Faugn appeared and was destroyed in the forgettable novella The Horror from the Hills (WT Jan-Mar 1931), but still inspired W. H. Pugmire’s classic “The Child of Dark Mania” (1997); Robert Bloch’s Mythos tales featuring the tome De Vermiis Mysteriis were out of print when featured by Caitlín R. Kiernan’s in “Derma Sutra (1891)” (2008). The success of these stories lies in the ability of later writers to pay homage to their forebears, while doing something innovative with the material.

“In His Darkling Daughter’s Womb” is Jens’ homage to Lumley and his creation—but she does that not by rote recital, nor does she attempt pastiche. “In His Darkling…” is episodic; is built from brief scenes and snatches of field journal entries which provides a brisk pace for what could otherwise have been a good-sized novel. The opening verse (“In his darkling daughter’s womb | Great Cthulhu will be born”) sets the stage for readers who have never read Lumley or Lin Carter before—they may not catch all the references, but they are more informed than the protagonist, Dr. Katherine Cullom.

She is a scientist, skeptical of myth and legend, but entranced by the wonder of what they have captured: a giant, unique octopus specimen. A set-up with all the nuance of bringing an alien lifeform aboard the space station in a horror movie, but the trope works: it allows the reader Cullom’s perspective of Cthylla, behind the glass in her giant aquarium tank, even as the reader get a look into the personal life of Dr. Cullom…and the story really is about her, as much as all the Mythos lore being referenced:

I am tired of the moralizing, the pompous righteousness of all these men, who see me as nothing more than a cold-hearted bitch who cares more for work than her unborn child. What do they know of the pain I must endure as I wait, helpless, hopeless, and without distraction, as yet another child withers and dies in my womb?

Miscarriage is a reproductive horror that is unique to women, and in the Mythos a horror generally unexplored; infertility and the loss of a child are mundane horrors that come to us from within, rather than from outside…and there is no running from them. There are shades and borrowings in Jens’ story familiar to many horror fans—the everyday miracle of conception and birth is ripe for perversion, as famously illustrated by Rosemary’s Baby (1967)…or “The Nameless Offspring” (1932) or “The Dunwich Horror” (1929) or “The Great God Pan” (1890)…but those stories are all about human women being subject to conception, often against their will. Jens’ story takes a different tack: there is no rape in this story, and the primary focus is not on a human woman being impregnated. The lack of violence in the sexual act, if nothing else, sets this apart from most Mythos stories that deal with the reproductive theme.

The story has probably too many in-jokes and a little too self-aware to be a classic of Mythos fiction. The crew outside of those Cullom’s immediately interacts with are faceless, nameless, and disposable; her emotional distance from them is reflected in our lack of information about them. David Gaugham is the closest thing the piece has to a villain, and spends the story plotting and dropping Alhazred’s rhymes ham-handedly (with a brief but excruciating drop to work in a moment on abortion rights—probably just to close off one potential avenue of escape). By contrast, Cthylla gets the most development of any of the characters: Cullom’s obsession with her work lavishes the female Mythos entity with attention. While the reader knows the prophecy of Cthylla, where she comes from and what she is intended to do, she cannot reproduce asexually. It is not without irony that Cullom, who has suffered through fertility treatments and attempts at in vitro fertilization, suits up in a set of tentacles to artificially inseminate Cthylla.

“In His Darkling Daughter’s Womb” is in many ways a dual narrative; Cullom’s tale of very human emotional pain, loss, scientific curiosity, and eventually hope intertwines with Cthylla’s own story, and through Cullom does Cthulhu’s daughter conceive, and through Cthylla does Cullom reach her own kind of redemption—yet at the same time the whole sequence of events takes place within the larger narrative of Lumley’s prophesy of Cthulhu’s return. Even the small triumphs of humanity are, ultimately, no more than steps leading to something greater, and like Rosemary in Rosemary’s Baby, Collum cannot even see how she is being manipulated to bring about what others desire. Scrape all the unnecessary Mythos references out of this story, and it still holds up as a decent story of a weird monster that has been captured by a female scientist dealing with her own issues; add them in however, and it becomes part of a larger story…which is the point of the Cthulhu Mythos.

Bobby Derie is the author of Sex and the Cthulhu Mythos