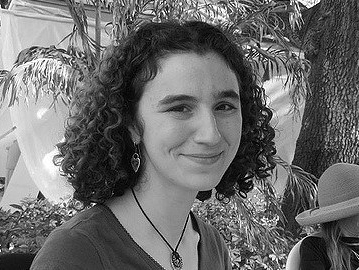 Though I can’t deny that Lovecraft has influenced my work, I couldn’t relate to the exalted place he seemed to occupy, and wondered if the difference could be ascribed to gender. More to the point, I made a sweeping generalization rather off-handedly: “Lovecraft does nothing for me,” I said. “That wasn’t the horror the girls were passing around in fifth grade. V. C. Andrews is to girls what Lovecraft is to boys.”

Of course, I was wrong—plenty of women have found Lovecraft very important indeed—but I don’t think I was entirely wrong.
—Veronica Schanoes, The Mammoth Book of Cthulhu 460

The degree to which H. P. Lovecraft has become a character as enthralling to fans as any of his creations is evident in the body of fiction that has developed around him. Works like Grant Morrison’s “Lovecraft in Heaven” (1994) and Alan Moore’s “Recognition” (1995) focus on aspects of his life story—his death by cancer, his syphilitic father—and ruminate and expand on the mind of the man who created Cthulhu. Veronica Schanoes in “Variations on Lovecraftian Themes” adds to this body of work. In her own words:

In this piece, I wonder about Lovecraft’s own monstrous generation; about the racist horrors that founded the United States and what they mean to someone who saw himself as an avatar of eighteenth-century America; the horror of the Other that took the form of Lovecraft’s anti-Semitism, and what that means to me, a twenty-first-century Jew in New York City.
—Veronica Schanoes, The Mammoth Book of Cthulhu 460

While this is a work of fiction, Schanoes takes her impetus from fact: her building-up of the story piece by piece is done with all the care and attention of a hoax—and indeed, her skill is such that if the initial section (“Monstrous Generation”) was published as non-fiction, it would probably be convincing to many. Victoria Nelson’s essay “H. P. Lovecraft and the Great Heresies” (1996) made similar suggestive claims that Lovecraft inherited congenital syphilis from his father—but where Nelson was perhaps unaware that Lovecraft’s medical records indicated he did not have the disease (Price, “Did Lovecraft Have Syphilis?” in Crypt of Cthulhu #53, 1988), Schanoes’ artfully insinuations are a stepping stone to more profound revelations.

The true threat is never external—it’s not the dreadful non-Aryan immigrants flooding into the United States; it’s not the inhuman alien beings, worshipped as gods, who would barely notice humanity as they crushed it. The true threat always comes from the inside, the self rising up beyond all reason, beyond even survival. In the end, the most monstrous growth is always already one’s own.
—Veronica Schanoes, “Variations on Lovecraftian Things” in ibid. 465

The great insight that Schanoes shows in this piece is to take the common and oft-repeated themes of Lovecraft’s life and literature and to look at them from another angle. Lovecraft declared, on his return to this city of his birth after failing to make it in New York City, “I Am Providence”—which S. T. Joshi took for the title of his mammoth biography. Yet it is Schanoes, here, who takes Lovecraft literally and digs into the history of old Providence; and nothing gets very old without having a multitude of sins.

I write and publish about Jews. Most of my protagonists, unless otherwise specified, are Ashkenazi Jews. Well, why should the goyim have all the fantastic, the speculative, the future imperfect? My editors have mostly been Jewish, too.
—Veronica Schanoes, “Variations on Lovecraftian Things” in ibid. 469

When addressing Lovecraft’s antisemitism, Schanoes’ perspective shifts. She addresses the audience directly, personally. Why should she not? Lovecraft’s antisemitism is a subject that affects her personally—not so much because he personally can discriminate against her, since he has been safely dead for several decades, but his words and influence still survive as something Schanoes has to deal with.

Which is almost a microcosm of the subject of Lovecraft’s discrimination itself. Why does it matter, when Lovecraft is dead and gone? Because he isn’t gone, not entirely. His work lives on. For those whose grandparents survived the Holocaust—and remembered relatives that would not—Lovecraft’s remarks in the 1920s and 30s carry an edge today that people who cannot relate directly do not feel.

I do not like H. P. Lovecraft, and I doubt he would have liked me.
—Veronica Schanoes, “Variations on Lovecraftian Things” in ibid. 469

It would be unfair to point out gaps in Schanoes’ narrative, argue over her presentation of the facts, or suggest nuance to her conclusions. It would also be missing the point. While she quotes accurately from Lovecraft’s letters and the memoir of his wife (Sonia Haft Greene) about his life, this is still a work of fiction, not a polemic essay or hit piece.

What it is is a reflection of Lovecraft from an angle that readers are not used to seeing. Lovecraft scholars and biographers such as S. T. Joshi have not ignored his antisemitism in the least—without their work in publishing Lovecraft’s letters, Schanoes would not have had the raw material for her piece—but none of them can present Lovecraft as seen through the eyes of a contemporary Jewish woman. The mirror that Schanoes holds up may be a funhouse one, with its little distortions for rhetorical and narrative effect, but it works precisely because the subject is still recognizable.

Veronica Schanoes’ “Variations on Lovecraftian Themes” was published in The Mammoth Book of Cthulhu (2016). It has not yet been reprinted.