Lovecraftian horror appeals to a blind and sick cosmos where human beings are little more than ants. The abysses of the human soul that the tortured characters of Poe traversed, give way, in Lovecraft, to a struggle of inhuman powers, nightmarish deities that dispute the dominion of the living beings and that have, among us, their brotherhoods, their cults and their devotees.

Since the disappearance of the master, his fictions have gradually increased in popularity until they became, together with The Lord of the Rings, one of the most fascinating literary mythologies of our time. His influence on popular culture is still valid, demonstrating a surprising ability to adapt to the tastes and sensibilities of several generations.

The authors of CTHULHU magazine come together again to pay tribute and emotional tribute to what we can consider the father of modern horror and his pantheon of nightmare creatures and deities. A journey through 15 stories that demonstrate the variety and richness of a privileged imagination.
—Manuel Mota, Lovecraft un homenaje en 15 historietas (2013), back cover copy
Translated from Spanish

Diábolo Ediciones of Madrid has been publishing Cthulhu, a Spanish-language anthology of comics and dark fiction, since 2007. Despite the name, the majority of the stories in any given issue aren’t necessarily explicitly devoted to the Cthulhu Mythos, although most issues have at least some Lovecraftian reference. The focus is on horror and dark fantasy, and the editors are not afraid for the works to be gory or involve nudity, if that’s what the story calls for, but they also contain moments of light-hearted ghoulish fun like the episodes of El Joven Lovecraft by José Oliver and Bart Torress. Special issues have been devoted to William Hope Hodgson and Robert E. Howard.

In 2013, Diábolo Ediciones published Lovecraft en los cómics. Un homenaje en 15 Historietas (Lovecraft in the Comics, An homage in 15 stories). The creators all presented diffrent styles and approaches, from a straight adaptation of “The Transition of Juan Romero” by Juan Aguilera to original works, every mood from ghoulish comedy and satire to visceral body horror, styles ranging from neatly inked black-and-white to digitally colored works. It is probably the first Mythos comic anthology to include former president Barack Obama and former secretary of state Hillary Clinton among its characters—which is to say, the book showcases not just the depth of talent that the editors of Cthulhu can draw upon, but the vast variety of approaches there are to the subject of the Mythos.

“La mano de la diosa” (“The Hand of the Goddess”) by writer Fátima Fernández & artist Paco Zarco is an original Cthulhu Mythos story, set in contemporary Spain, in a rather classical Cthulhu mode: a journalist after a story  finds themselves on the trail of something more than they expected.

No se trataba de seguir la logica, sino las pistas.
It was not about following the logic, but the clues.

The story is based on a real-life series of curious events. The Fuente de Cibeles (Fountain of Cybele) in Madrid includes a statue of the goddess Cybele—the Magna Mater of Lovecraft’s “The Rats in the Walls”—by sculptor Francisco Gutiérrez. In 1994 and 2002, the left hand of the statue was broken off. The events were seemingly unrelated, the statue was repaired… 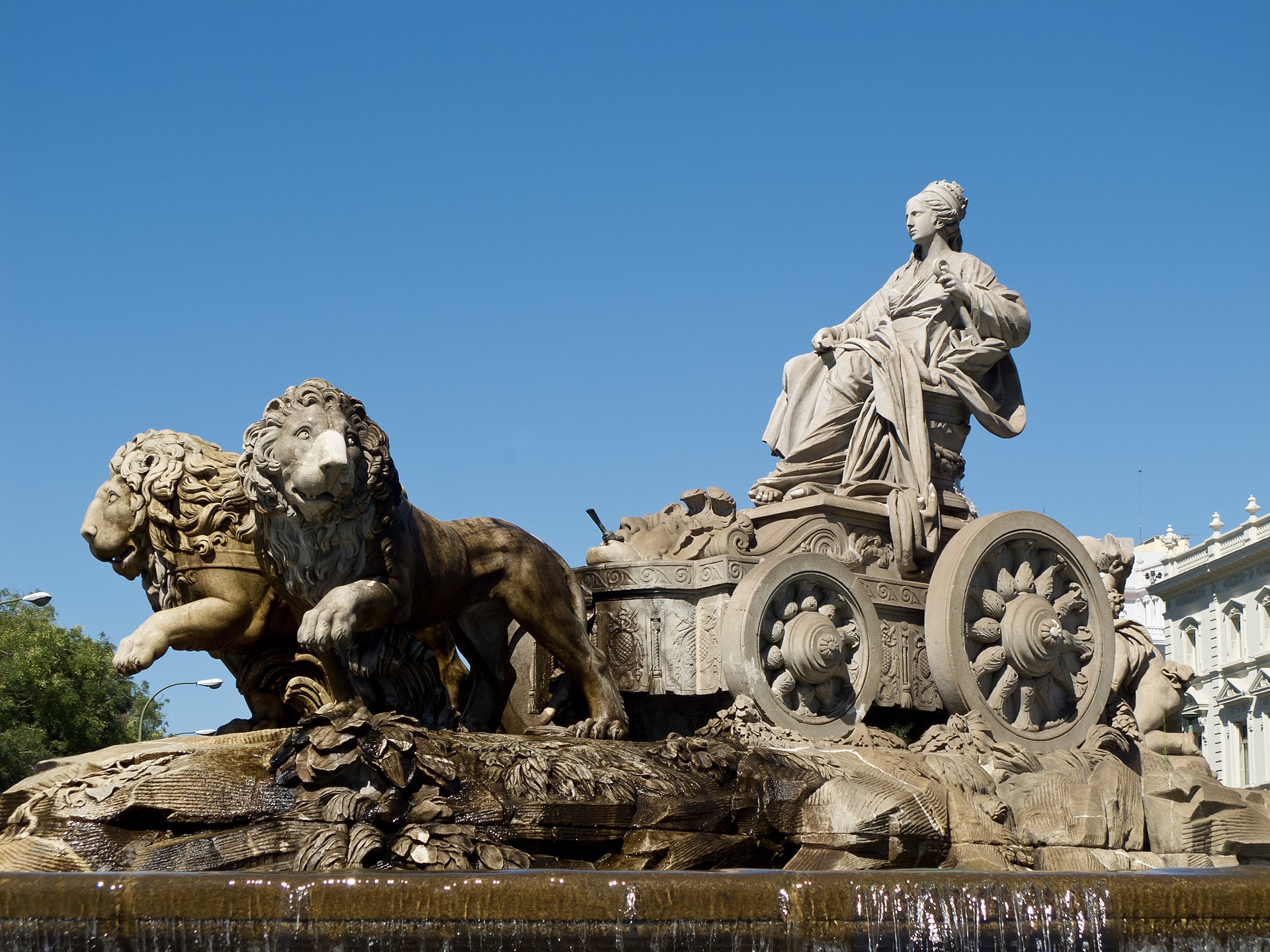 As setups go, this is a solid premise for a Mythos story. Fernández conveys the minimal amount of information necessary in a few succinct captions, as if the reporter was giving the voice-over on a film, and Zarco captures the mood of the events in an economical and effective manner. The focus of the panels is drawn to the statue of Cybele, to the stump of the hand, to the trenchcoat-wrapped reporter who moves between shadows on cracked pavement. This could almost be a Kolchak story…or, if it had been cast in stark blacks and whites, a noir. Essentially an occult detective tale, with a protagonist that doesn’t yet know it’s an occult detective tale.

Turn the page, and the dialogue begins. Human players also complicate the simplicity of one person’s narration; readers now have to deal with multiple points of view, conflicting motivations, weigh each word and sentence carefully to look for hidden meaning. Who do you trust now?

Lovecraft had made a study of the detective stories of Edgar Allan Poe, and many of his Mythos tales follow a similar form of nested narrative. There is the story set in the now (here, the reporter investigating the missing hand of the statue), and there is the story in the past (the story being told to him); the story in the past is the nested narrative, like the manuscript uncovered in “The Mound” or Rose’s diary in “The Man of Stone.” The reader simultaneously is in the present, with the protagonist, but they are also looking over their shoulder and reading what they read. This narrative trick allowed Lovecraft to avoid the simple exposition of the narrator simply telling the reader (through some audience surrogate) what they have discovered, and takes the reader on the journey of discovery along with them. It also allows for a very effective reveal when the two layers of the narrative meet: past foreshadowing future.

Paco Zarco’s artwork is competent, and he has an eye for panel layouts the emphasizes the repetition of key elements—portraits, eyes, hands—in a way the underlines the relatively sparse script. Considering relatively little is happening, this might seem like padding, but it feels more like pacing. At seven pages, “La mano de la diosa” doesn’t overstay its welcome or drag at all, but the Mythos twist, when it comes, is sudden.

In black and white, it might be much more effective; the digital coloring and shading, especially on the backgrounds, does little service to the linework and tends to emphasize the flatness of the faces rather than give them depth. That is a common issue with digital colorization, trying to achieve effects with the palette instead of the pen tends to catch the eye like a false note catches the ear.

Zarco knows what he is doing when the actual supernatural element arrives onto the page; the clearly defined boxes of the panels give way to Dutch angles, ragged and uneven panel breaks and gutters. Like Jacen Burrows in Providence, this is visual rhetoric that informs the reader without telling them explicitly that they’ve entered a nightmare; like a horror movie when the killer’s motif begins to play, and the camera shifts from smooth movement to sudden and abrupt close-ups and shifts.

“La mano de la diosa” manages to evoke the Mythos without a single fhtagn, and very few tentacles; a particularly Lovecraftian figure makes an appearance in the final panels in a bit of a well-worn twist, for readers who have read enough Mythos stories to recognize similar endings. At seven pages it is neither too long or too short for the story it has to tell, getting the job done without rushing it or overstaying its welcome, and most of that is told not through the text, but by visual storytelling and unspoken hints. In the context of Lovecraft un homenaje en 15 historietas, it is the most subtle, the most understated of the stories…and one which is set in Spain, and couldn’t really be set anywhere else.

Lovecraft un homenaje en 15 historietas has not yet been translated into English.